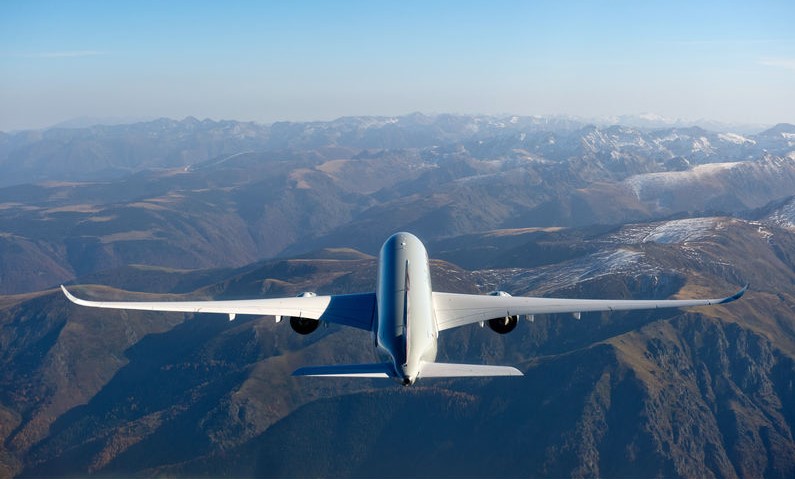 The sky has numerous invisible roads to guide the flight of airplanes.

To fly from city to city, airplanes cannot simply go the way they want. The sky has numerous invisible roads to guide the flight of airplanes. They are the airways, corridor-shaped air traffic control areas where airplanes travel.

Brazilian airways are defined by the Decea (Airspace Control Department) based on several parameters, including the geographical characteristics of the air and the movement of aircraft in a particular region of the country.

These highways link the air navigation aid points. On the ground, there are several antennas that emit signals for the orientation of aircraft, called VOR or NDB. The path the plane must take is a straight line between two antennas.

Within an airway, there are several such navigational aids. Depending on the altitude of the flight, the antennas may be 100 km to 200 km distant. Thus, the pilot follows the antennas until arriving at the final destination airport.

On aeronautical charts, airways (invisible roads) are marked with the names, magnetic heading (compass orientation) of each direction, and minimum altitude that the airplane must follow. A plane flying from Brasilia to Goiania, for example, should take the W10 airway.

However, there are not always direct routes to connect two cities. In such cases, the pilot should look for the shortest route, but always within the airways. All of this planning must be done well before takeoff and reported to the air traffic control agencies in the flight plan of the trip.

At high altitudes (over 7.5 km), however, some flights may already follow airways that have more direct paths with the implementation of the RNAV (Aerea Navigation) system. This new standard uses guidance from satellite systems and other digital resources, not just ground-mounted antennas. As a result, airplanes can travel longer paths through areas where land navigation aids are not nearby.

Not all aircraft, however, are enabled to use the RNAV system. Aircraft must have advanced equipment on board and pilots receive specific training for this. This is already true for many of the commercial airplanes, but it is still far from small aircraft.

The width of the airways can be 30 km (up to 7,5 km altitude) or 80 km (above 7,5 km altitude). But the main way to maintain the safety of airplanes flying simultaneously on the same airway is with the vertical separation of aircraft.

The minimum safe vertical distance should be 1,000 feet (305 meters). To create a clearer picture, it is as if the airways were like shelf-shaped roads – if cars go side by side, planes fly on top of each other.

Two planes flying in the opposite direction on the same airway should never meet at the same altitude. In the example of travel between Brasilia and Goiania on the W10, the flights leaving the federal capital follow at even altitudes from 16,000 feet, such as 18,000 feet, 20,000 feet and so on.

With this split between even and odd flight levels, the air traffic control system ensures that there is a minimum vertical separation of at least 1,000 feet between two planes that cross the sky in opposite directions – the Legacy jet crash and the Gol plane in 2006 only happened because of several consecutive failures of both air traffic control and US Legacy pilots.

Some airplanes may fly off airways. For this, however, they need to be able to visually identify references in soil. The rules for so-called visual flights require a minimum horizontal visibility of 5 km to an altitude of 10,000 feet (3 km). For flights between 10,000 feet and 14,500 feet (4.4 km), the minimum horizontal visibility rises to 8 km (over 14,500 feet, visual flights are prohibited).

In visual flight condition, any type of airplane or helicopter can follow the route you prefer. However, it must maintain an altitude following a concept similar to that established within the airways to ensure a minimum separation of 1,000 feet from aircraft flying in the opposite direction.

In some high-traffic areas near major airports, some sky roads have also been created for visual flights. On this type of flight, however, they are called visual corridors or special aircraft routes. These corridors have a reduced maximum flight altitude, averaging between 500 meters and 1 km above ground, so as not to interfere with the traffic of large aircraft.

Source: All On Board – UOL