Are you a pirate? Pirate is not 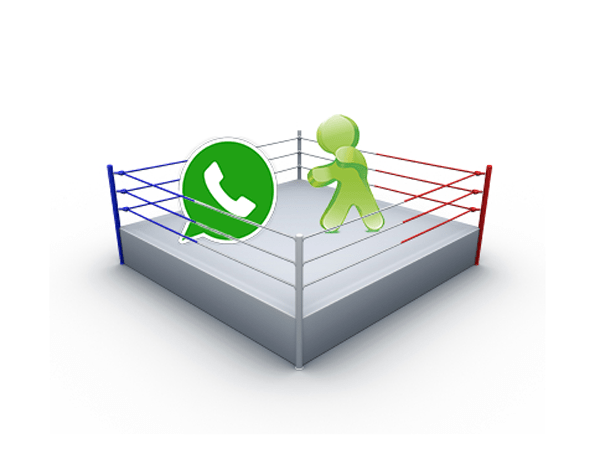 WhatsApp, with over 900 million users worldwide, is just one of those innovations that have been running counter to their interests.

Bid by bid follows the fray between the phone operators and the WhatsApp instant messaging application that, since April, also allows calls between handsets, as long as they are connected to the internet.

But the administrators of the phone companies do not hide that a callus is hurting and intend to disrupt the voice services offered by applications of the kind, on the grounds that they generate unfair competition.

For Vivo / Telefonica president Amos Genish, for example, WhatsApp is nothing more than a pirate institution that should deserve piracy from the regulator: “We want equal rules for the same game,” he said again during the event. Futurecom telecommunications last week.
In August, then-Minister of Communications Ricardo Berzoini had bought the chorumela. He stated that applications that make money today should be regulated through the use of operators’ infrastructure without having even invested a dollar in the networks. Newcomer to the ministry, Minister André Figueiredo seems abolished on the wall and would like to be accepted as a mediator between the conflicting interests: “We cannot stop innovation, but we also have to respect the investments of teles”, he said.
Operators claim that unlike other platforms such as Skype, where users have to use email to sign up and place calls online, WhatsApp takes advantage of its own mobile numbering without investing in infrastructure. They point out that they pay fees, like Fistel, for active line, which WhatsApp has been escaping. However, the telephone numbering is not from the carrier but from the customer. Proof of this is the portability law that allows consumers to take their number to any phone.
“The concession agreement allows the operator to manage the numbering plan. This does not set up ownership – even if it pays Fistel per active number. This is a fee designed to oversee the operation of the system, ”explains lawyer Dane Avanzi, president of the Association of Radiocommunication Companies in Brazil. Avanzi also reminds that the telephones benefit from this: “Nobody uses the internet for free, operators gain by hiring data packages.”
The operators’ claims do not seem well founded. They began by suggesting the adoption of regulations for the operation of internet application and service companies, called OTTs (Over The Tops). More recently, they have come up with the “flexibilization” speech of the rules to which they are subjected to improve their own conditions of competition.
However, it is arguable that both sides operate the same business. The director of the Institute of Technology & Society of Rio (ITS), lawyer Carlos Affonso Souza, for example, clings to these differences: “These are distinct activities regulated by different legal models. It is not feasible for applications that offer voice service, such as Skype or WhatsApp, to be subject to the same conditions as concession contracts, as with telephone operators. ”
Souza doesn’t stop there. It denounces as retrograde the attempt to regulate these applications, because it would be a way of stifling innovations. “Flexing the current concession rules doesn’t seem to be going well either, because it could compromise infrastructure investments in less profitable areas for operators,” he notes.
Anatel’s president, João Rezende, has already said: it is not Anatel’s responsibility to regulate applications. In his opinion, the WhatsApp service is not confused with mobile telephony for two main reasons: it does not allow calls to people who do not have the app installed on their phone and, unlike mobile telephony, relies on internet access to make calls or send messages.
Whatever the outcome of this pressure game, WhatsApp, with more than 900 million users worldwide, is just one of those innovations that have been counteracting interests, as happened with Uber, Airbnb and many other platforms that proliferate for many years. there. \ WITH LAURA MAIA