Cybercrimes: The Challenges of Internet Security The exponentially growing Internet expansion has challenged companies, governments and regulators in protecting against cyber crime. There are many challenges of the network, which until then has grown in an environment of great informality. Worldwide discussions about neutrality, radio 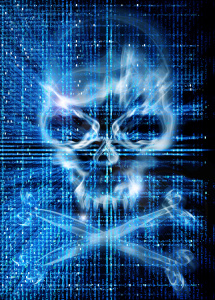 spectrum and cybersecurity tend to remain permanently on the agenda of market players.

Indeed, such debates have fueled the development of the Internet of Things, in which appliances, motor vehicles, gadgets, and many other devices can communicate over the Internet, dramatically increasing the number of addresses and transactions on the network.

Such an increase in demand – such as the very sophisticated applications of self-driving cars and refrigerators capable of shopping in virtual supermarkets – adds to existing transactions such as banking for access to multimedia content, among others.

To meet users’ demand for file access anytime or anywhere, cloud computing services have grown not only in the home environment, but also in the corporate environment.

With the aim of forming a worldwide hacking alliance since 2010, the International Telecommunication Union (ITU) has been promoting forums for political debate and joint action, and articulating good practice training on all continents. to hackers involving hardware and software manufacturers, academia and governments.

Web security policy enhancement work is multidisciplinary and therefore occurs on many fronts. In the technical area, it can be reinforced with specific software and user awareness about actions that should be avoided. On the web and in the legal field, they can be fought with specific regulation and the creation of private security agencies such as the International Multilateral Partnership Against Cyber ??Threats (Impact), which will work in conjunction with public agencies such as Interpol.

It is also part of the ITU’s internet security agenda to promote legal mechanisms to prosecute hackers in a growing number of countries, as in many countries there is no legal typification for cybercrimes. Specific programs include the Child Protection Program, developed in partnership with the United Nations to promote a safer environment.

Dane Avanzi, businessman and lawyer, is vice president of the Association of Radiocommunication Companies of Brazil (Aerbras).