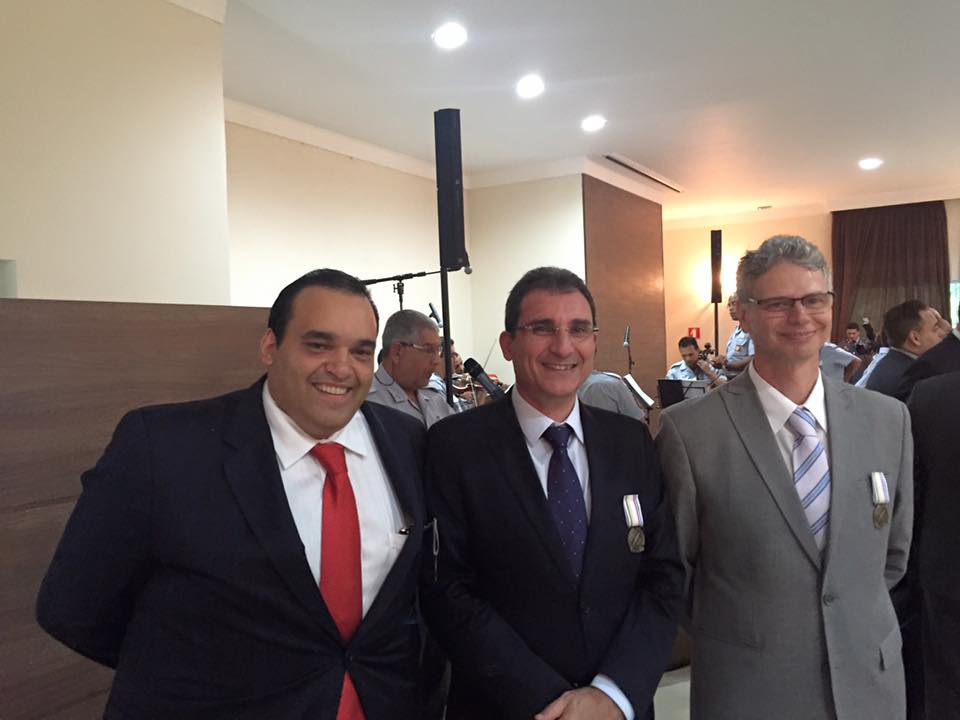 There are many developments when we talk about telecommunications of the Military Police. For his dedication and work in order to contribute increasingly to this evolution, the lawyer and president of Aerbras – Association of Radiocommunication Companies of Brazil, Dane Avanzi, will receive from the Military Police of the State of São Paulo, the medal “Merit of Telecommunications – Colonel Manoel of Jesus Trinity ”. The honor will take place this Friday, December 11, at the Association of PMESP Officers, Victoria Hall, located at 973 Mamud Rahd Street, Tremembé, São Paulo (SP), from 16h.

The “Merit of Telecommunications – Colonel Manoel de Jesus Trindade” Medal is awarded to military, civil and public and private institutions that have provided relevant services to the CSM / M Tel (Telecommunications Supply and Maintenance Center), the unit responsible for managing the calls. PM, the Military Police itself and the State of São Paulo, collaborating for the development of telecommunications in the entity.

Dane Avanzi, who has always contributed and is dedicated daily to the evolution of telecommunications in Brazil, says he is honored with the grant. “It is a great pleasure for me to be honored in this way and for this entity that does so much for São Paulo. It certainly gives us even more desire to work for telecommunications in the country, ”he said.

Last year, Dane Avanzi’s father, Dary Bonomi Avanzi, businessman and managing director of the Avanzi Group, which has been active in the telecommunications sector for over 56 years, was also honored by the São Paulo State Military Police with the medal.

The Military Police of the State of São Paulo has been operating for some time with high technology. For high performance data transmission, for example, High Performance Data (HPD) is used, which enables, among other features, the transmission of incident data, data searches and images.

The name of the medal could not be otherwise. Manoel de Jesus Trindade, then civil in 1926, was hired to organize the technical communication service of the then Paulista Public Force, now the Military Police, to maintain the liaison of the troops in the capital. Following the success of this action, Trindade was invited to install stations in inland cities that had corporate units.

Then, the following year, he founded the first school of radiotelegraphists, and formed the first contingent of operator soldiers for the corporation. In 1934, as a captain, he headed the CSM / Mtel until 1949. Trindade consolidated the communications service in the state, and was later recognized as a “pioneer of communications in Brazil” by the PM. To honor him, the “Telecommunications Merit” medal was created, which gives awards to the highlights and partners of the segment.

“By taking the name of a man who has done so much for telecommunication, this medal gains even greater importance. I will continue to honor and seek to ensure the improvement of the military police telecommunications, ”concluded Dane Avanzi.