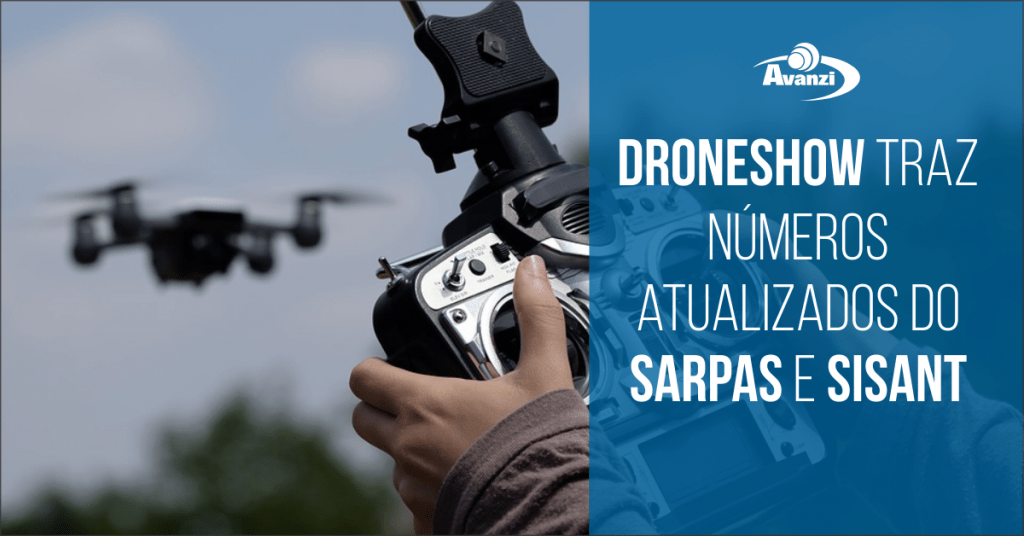 These numbers were updated until early 2019, thus being a faithful portrayal of the Drone sector in Brazil.

SARPAS was developed with the objective of facilitating the request for access to Airspace for the use of Remote Piloted Aircraft Systems (RPAS / Drones) in Brazilian airspace.

For its part, registration in SISANT is mandatory for unmanned recreational aircraft (model aircraft) or non-recreational aircraft (RPA), with a maximum takeoff weight of more than 250 grams and limited to 25 kilos and not flying beyond the line of sight. (BVLOS) or above 400 feet (120 meters) above ground level. One registration must be made by aircraft and each equipment must be linked to a person or a company in Brazil, who will be legally responsible for the aircraft.

In SISANT, the numbers updated until February 15, 2019 indicate 50,945 people registered, almost 95% individuals and the rest companies. Regarding the number of Drones, 62,048 are registered in total, being just over 35% for professional use and the rest for recreational use.