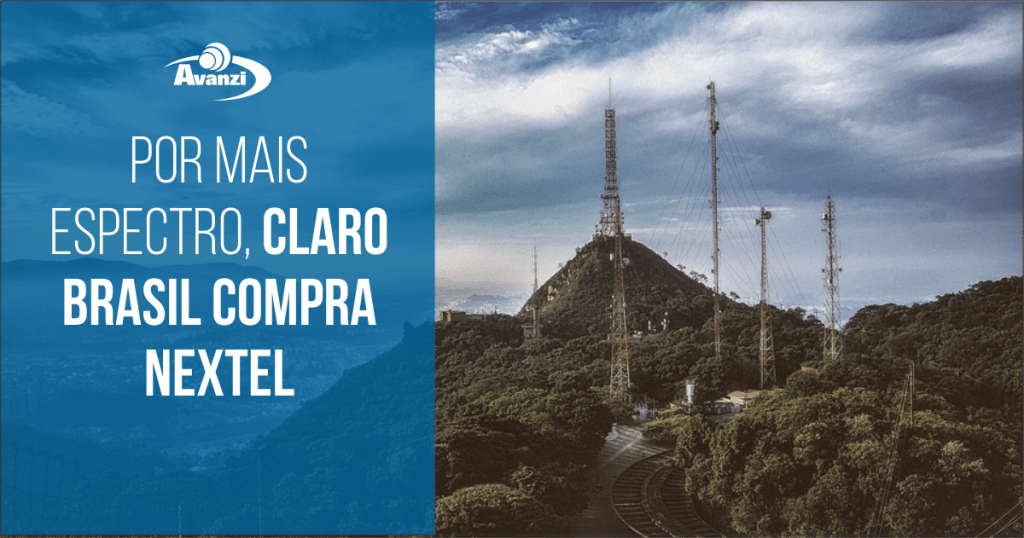 After nearly two years of preparing its sale and being speculated on its purchase, especially by TIM Brasil and Claro, the América Móvil group company led Nextel for R $ 3.47 billion (Friday, 15 dollar) or $ 905 million. The deal has yet to go through the scrutiny of regulatory bodies, including Anatel.

The Mexican group acquired 100% of the control of Nextel Brasil, which is now divided as follows: 70% belongs to NII Holdings and 30% to AI Brazil Holdings. The transaction has been approved by NII Holdings’ board of directors, which will be settled and dissolved upon completion. This is how NII Holdings’ project to become a telecommunications company ends.

The purchase of Nextel – speculated between TIM Brasil and Claro – will not be by number of subscribers, since Nextel has 3.3 million subscribers, but by the spectrum of the operator, especially in Rio de Janeiro and São Paulo. The purchase could now be a ‘bucket of cold water’ as the government intends to sell the 3.5GHz band to 5G in March 2020. The deal further consolidates the Telecommunications market, now with four operators – Of course, Vivo, TIM Brasil and Hi.

Nextel uses for 4G mainly in the 1,800 MHz band in Rio de Janeiro and Sao Paulo, in addition to promoting 2,100 MHz spectrum refarming, but also has the 800 MHz band used for iDEN, the trunking technology, deactivated. by the operator. The 4G worked under a national roaming agreement with Vivo, which is now unknown will be maintained or not.

Read below, the official announcement of the acquisition of Nextel by Claro, released on Monday, 18/03.

NII Holdings, Inc. (“NII”) [NASDAQ: NIHD] announced today that it has agreed to sell its 70% stake in its operations in Brazil (“Nextel Brasil”) to América Móvil S.A.B. (“América Móvil”) through the sale of a Luxembourg-based subsidiary of NII. This sale represents the disposal by NII of its sole operating asset. In addition, in connection with the transaction, AI Brazil Holdings (“AI Brazil”) has agreed to sell its 30% stake in Nextel Brasil, and América Móvil will be Nextel Brasil’s sole parent after the transaction. NII also announced on this date, via separate release, the results for both the last quarter and the annual results for 2018.

Pursuant to the terms of the purchase agreement, which was unanimously approved by the NII Board of Directors, América Móvil will acquire all Nextel Brasil shares for a consolidated purchase price of US $ 905 million, less net debt, subject to some closing adjustments, including repayments on investments in fixed assets and working capital from March 1 through the closing of the transaction. NII will receive 70% of the final net proceeds, after deducting $ 2 million from the return of preferred shares due to AI Brazil. América Móvil will deposit $ 30 million of the portion of net proceeds owed to the NII into an 18-month guarantee account to secure the NII indemnity obligations under the purchase agreement.

“The announcement of this transaction marks the culmination of a multi-year process in pursuit of a strategic path for Nextel Brazil, and gives us the best opportunity to monetize NII’s remaining operating assets, given the Brazilian competitive landscape and the need in the in the long term, to raise significant funds to finance operations, debt-related services and fixed asset investments to keep us competitive in the future, ”said Dan Freiman, Chief Financial Officer of NII. “The board and our board of directors believe that the transaction is in line with the interests of NII shareholders.”

The purchase agreement includes certain termination rights that may be exercised by each counterparty and provides that, in some circumstances, the NII may be required to pay America Móvil $ 25 million as a termination fine.

Closing of the transaction is subject to compliance with customary conditions, including approval by NII shareholders; obtaining regulatory and antitrust approvals; and, or contractual amendment eliminating obligations contemplated therein, or the constitution of a guarantee account providing for deposit of securities, pursuant to the NII convertible debt indenture, 4.25% Convertible Senior Notes, due in 2023, the principal amount of which is $ 115 millions.

The NII Board of Directors has also approved, and will submit to the shareholders for approval, the NII settlement and dissolution plan following the closing of the transaction. NII’s preliminary estimate of the amounts that will be available for distribution to its shareholders with respect to the transaction with América Móvil as part of the NII’s dissolution process is $ 1.00 to $ 1.50 per share, the amount of which will be The final outcome depends on a number of variables, including the exchange rate prevailing at the close of the transaction with América Móvil. NII anticipates that it may subsequently distribute additional amounts to its shareholders, depending on whether and when amounts will be recovered from the guarantee accounts of Nextel Mexico and Nextel Brasil, and the amounts that will be available upon settlement and dissolution of the NII.

With respect to the transaction, NII and AI Brazil agreed that if the sale transaction of Nextel Brasil is consummated, AI Brazil will be entitled to receive the initial $ 10 million and 6% of the additional proceeds from Nextel’s escrow account. Mexico, to resolve the dispute between the parties regarding the characterization of any contributions to Nextel Brasil made from future proceeds released from the Nextel Mexico guarantee account. NII was advised by Jones Day. Rothschild & Co. and Greenhill & Co. served as NII’s financial advisors.