With the lowest market share and the largest indebtedness of the national telecommunications sector, Oi surprised by hiring the bank BTG Pactual to advise an offer to buy TIM in Brazil. Experts believe that, as it has no cash and its net debt is $ 46 billion, Oi should join Claro, Mexico’s América Móvil, and Vivo, Spain’s Telefónica, in the acquisition, with the objective of slicing TIM and focus the market with just three major carriers.

The move takes place on the eve of the 4G auction scheduled for September. Industry companies will need cash to 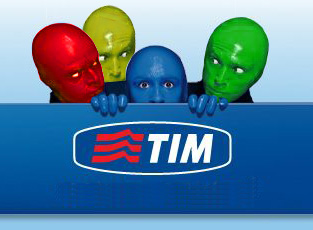 win their share of fourth-generation mobile licenses. “It’s hard to dissociate all these latest bids from the upcoming auction. Telefónica and Telecom Italia compete for GVT (from French Vivendi). Oi decided to gain time to resolve the issue with Portugal Telecom and also sought to capitalize on the market, ”estimated Avanzi Group telecommunications specialist Dane Avanzi.

If so, she did it. The shares of both companies helped the São Paulo Stock Exchange (BM & FBovespa) to close yesterday’s trading session with a high of 1.89% to 60,950 points. TIM Participações’s shares appreciated 10.05%, the highest of the day, and Oi’s rose 6.72%. But the recovery is small for Oi, which, in addition to its high indebtedness, took a thud when the merger with Portugal Telecom shuddered at the default that the Portuguese led to lending 1 billion euros to RioForte.

Telecom Italia, which owns 67% of TIM Participações, issued a statement yesterday stating that “TIM Brasil is a strategic asset” and that it is strange to Oi’s initiative, which “knows nothing”. For Ativa Corretora analyst Lucas Marins, the offer also surprised the market. “TIM’s value is estimated at R $ 27 billion. Oi owes much more than that and still lost $ 1 billion with the rotten titles of RioForte. It is clear that this is to cause the dilution of TIM, with Claro, Vivo and Oi buying a part each ”, evaluated.

The other two operators have not yet commented, nor has PTG Bactual formalized a proposal. Sought by the report, the bank and Oi declined to comment. However, if the purchase were successful, there would be no reason for Telecom Italia to dispute GVT with Telefónica. “If she sells TIM and ceases to operate mobile telephony in Brazil, why would she buy a fixed-line company in this market? The negotiation would only be justified to integrate the two operations in the country, ”said analyst Lucas Marins. The operation, according to experts, will not go easy on the Administrative Council for Economic Defense (Cade), since Oi has 18% stake and TIM more than 25%.