Inclusion of Telebras as a Union dependent may compromise its activities 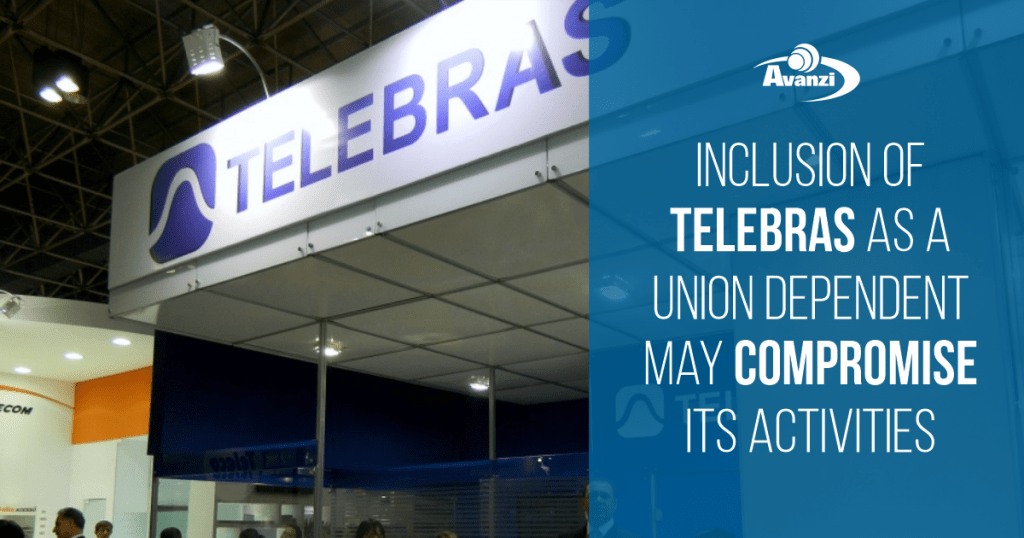 With the approval of the Bill Budget 2020, on Tuesday, 17, in the National Congress, Telebras became classified as a dependent state and in 2020 will integrate the Fiscal and Social Security Budget (OFSS), being excluded from the Budget of Investment of State Enterprises. This means that the company no longer has independent management of its budget and is now included in the federal budget of 2020, as an additional expense for the government to bear. In addition, this inclusion creates a peculiar structure within public administration that may compromise the company’s activities. According to the approved budget, the Annual Budget Law Proposal (PLOA) provides for the amount of R $ 743 million for the state company, allocated within the budget of the Ministry of Science, Technology and Communications, the portfolio responsible for the company.

According to the rapporteur for this thematic area at PLOA, Mr André Figueiredo (PDT-EC), the decision to include the company as a dependent company was based on the observations made by the Federal Court of Audit (TCU) in Judgment 937/2019-TCU – Plenary, in the scope of TC 007.142 / 2018-8, in which the agency analyzed the situation of dependence (or not) in relation to the Union, of federal state companies considered as non-dependent, in addition to the impacts on public accounts. The results observed by the TCU were the existence of state-owned companies formally classified as non-dependent, but with difficulty in performing their duties and honoring their commitments. The body recommended to the Executive an analysis of Telebras, observing the provisions of art. 2, item III, of the Fiscal Responsibility Law (LRF).

“According to the LFR, a controlled state company should be considered as a controlled company that receives financial resources from the controlling entity for the payment of personnel expenses or general or capital costs, excluding, in the latter case, those arising from an increase in shareholding. Given the exclusion of Telebras from the Investment Budget and its inclusion in the Fiscal and Social Security Budget, it is argued that the Executive Power, based on the TCU notes and the withdrawals made itself, now considers Telebras as a dependent state enterprise. “says the deputy.

The problems of placing Telebras as a Union dependent

The inclusion of the company as a company dependent on the Union brings a series of problems, in the view of the parliamentarian, who was also Minister of Communications of the Dilma Rousseff government. The first of these is the creation of an unusual situation within the public administration. It turns out that Telebras is a federal state-owned company incorporated as a mixed-capital company open for trading with the Brazilian Securities Commission (CVM). André Figueiredo points out that the transfer to the Fiscal and Social Security Budget (OFSS), without prior delisting and concentration of shares in the Union’s ownership, creates a peculiar situation in the public sector. “This is because by remaining publicly traded, the company, which holds in its composition private capital, will receive public resources that will benefit private shareholders, without any definite counterpart,” says the parliamentarian.

To this news, the deputy also said that “make the company dependent, before going public (estimated at a cost of $ 1 billion and that has no budget forecast), carries a huge risk of questions about possible abuse of power by Federal Government (Law No. 6,404 / 76, Art. 117, Paragraph 1, “c”), and may incur immeasurable lawsuits by minority shareholders, in addition to other problems with the CVM “.

Figueiredo also goes on to state that the classification of Telebras as dependent on the Union brings bureaucratic rites typical of direct public administration, such as moving its resources in the Union Single Account and using SIAFI as a means of operationalizing all its revenues and expenses, among others. “The characterization as a dependent company will still bring the obligation to comply with all budgetary rules, making it difficult for the company to act with the required efficiency of for-profit private law companies”, he ponders.

This involves, for example, the end activity of the company. “As an executing agent of the objectives of the Public Telecommunications Policies that succeeded the PNBL, Telebras may be limited to resource constraints, budgetary constraints such as spending caps, and the lack of administrative flexibility that will completely tie the company’s operations. that in the report I made, I recommended that the company continue to appear in the Investment Budget of State Enterprises and not in the OFSS, “said the MP.

In a material fact disclosed on Wednesday, 18, Telebras informed about the reclassification and stressed that it seeks to adapt. The company says that since August, when the government announced its inclusion in the OFSS, the company “has been carrying out its own actions, in conjunction with the Ministry of Science, Technology, Innovations and Communications, and with other Union bodies aimed at meeting the adaptation needs of its employees. internal processes, in particular the accounting, financial, budgetary and equity processes involved in order to identify the resulting impacts ”.

In the opinion of lawyer and director of telecommunications consulting firm Grupo Avanzi, Dane Avanzi, this process of reclassification of the state-owned company can be seen as a preparatory step for privatization. He justifies that this would be a wise move (as teles have been saying for some time), since “operating an extremely large and complex system to ensure reasonable levels of quality requires the expertise of private enterprise because it has methodologies , vision and business practices different from public administration. ” He acknowledges that there are complex issues, such as ground infrastructure and satellite capability for the SGDC-1 Armed Forces, but that “as a citizen, you welcome” a possible privatization. “Telebras now has a machine in its hands that was not designed to generate money and for the end consumer, the state does not have this expertise,” he says. (Collaborated Bruno do Amaral)