Internet.org: How can it help developing countries? 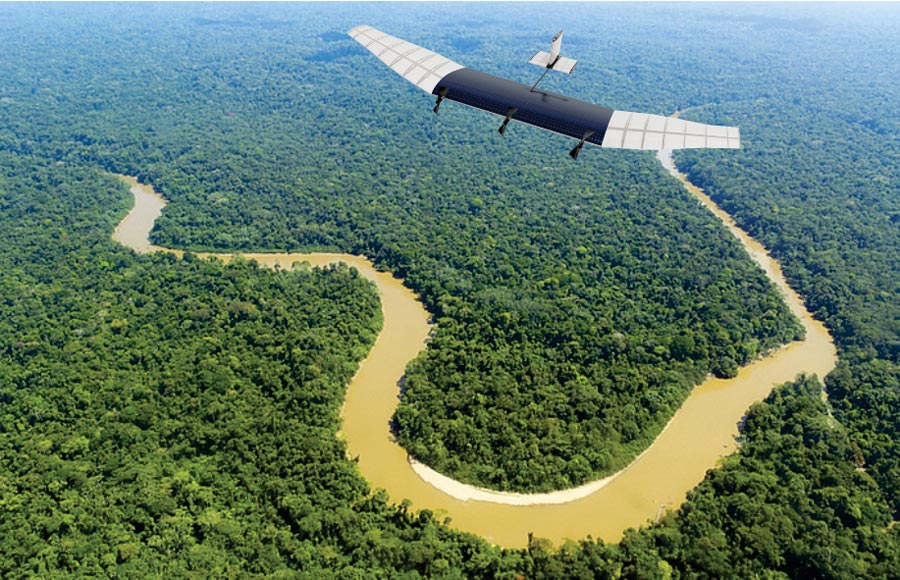 That the Brazilian has been impoverishing, this is a fact. As the internet is such an important tool for social and educational development for society at large, the project called Internet.org, launched by Facebook founder Mark Zuckerberg, may be an alternative for developing countries to bring the internet to remote regions and thereby improving access to basic information and services linked to it.

Overall, the Internet.org project estimates that 2/3 of the earth’s population does not have access to the internet and that these people could be connected if there was a facilitation in access costs. The project states that such access should be free and restricted to specific public utility sites, such as Wikipedia. The project is being funded by renowned companies such as Qualccomm, Samsung, as well as Facebook itself.

To this end, the Internet.org project has cutting-edge technology to launch. One of them is a Vant (Drone), unmanned aerial vehicle that has the wingspan of a Boeing 737 and will operate at a height of up to 27.4 kilometers and can be airborne for up to 90 days as it is fueled. by solar energy.

The company says the drone could deliver internet at a speed of 10 gigabits per second. The news, which will be tested in the US later this year, was designed by Facebook’s aerospace team, as reported by Jay Parikh, the company’s vice president of global engineering and infrastructure. Despite all the positive aspects of Internet.org, which already has the adhesion of important developing countries in the global context, such as India, the project has been the target of harsh criticism for many reasons, including its real intentions.

The fiercest critics, of course, are the companies that make up the ecosystem that sells Internet access products and services, who claim that Facebook advocates for its own sake, only wanting to grow its user base, which is vital to the satisfaction of its investors. Aside from that, we must not forget that Facebook also owns the telecommunications phenomenon What’sApp, which has positioned itself in the market as a global telephony solution.

In some countries around the world, the Internet.org project has been banned, such as Chile. In Brazil, however, we do not know if it will be approved by the Internet Marco Civil regulation, in force for over a year, but still lacking definitions on vital topics such as privacy, log keeping, among others. The opposing currents of the Internet.org project claim to be in conflict with the principle of neutrality accepted by Brazilian law, since it selects content that would be freely available.

Either way, in times of crisis and diminishing consumption capacity of the general population, the beneficial aspects of the project must be considered in a country still struggling with illiteracy, and can with e-learning bring information to desolate Brazilian corners.