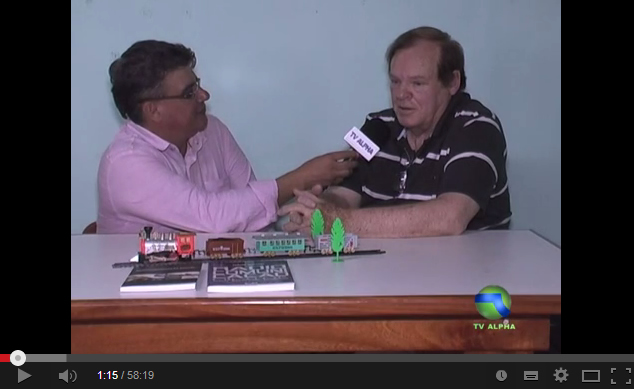 The Program is part of a series of interviews about the History of Botucatu and the characters who contributed mutually to its progress and development. as a railroader, studying at the Telegraphist School in 1958, he went to Presidente Prudente to work as a telegraphist, he participated in the inauguration in 1971 of the Teodoro Sampaio station and the move from Sorocabana to Fepasa and how he became a government telegraphist also talks about technology and telecommunications and fundamental points like the invention of the Morse code by wire in 1840 and the first message “What does God send us?” (Samuel Morse), about Alexander Graham Bell’s phone and the internet and also talks about predictions for the future of telecommunications and communication by thought.