May 24th, the day of the telegraphist 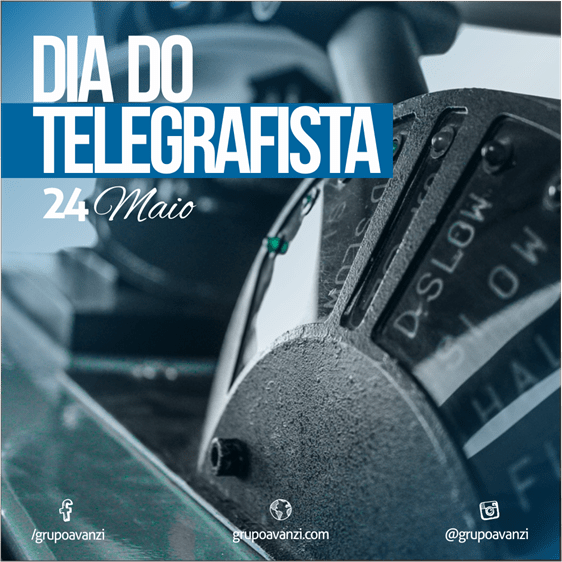 This day is the day of the telegraphist.

Telegraphy, created in 1843, was the first means of distance communication, where it was initially transmitted by wires.

In 1896 the Brazilian Father Landel de Moura made the first tests of wireless telegraphy by means of electromagnetic waves. However it was the Italian Giuseppe Marconi, who was also dedicated to this invention, who was able to patent it in his name.

Throughout the century, from 1900 to 2000, TSF (wireless telegraphy) was the main means of communication worldwide and only in 1999/2000 was this medium, which had been used only in the merchant marine , has been terminated.

The figure of the radiotelegraphist who was already dying, finally ended at the end of this century.

Professionally disappears, but survives to this day as a great Hobby among the men of “dot and dash” communication, better known as the Morse Code.

They migrated to amateur radio, where they cultivate this practice with great love and joy, talking daily as leisure, and being able to provide utilities in case of some kind of technological / satellite collapse.

Moreover, these selfless and homesick people do not let the Morse Code die. On the contrary, they always train other telegraphists through practical teachings to those who wish to know this medium.

A means of communication created in the 1800s, but without a date for its end.

The telegraphist dies, but the Morse Code does not!

—- “tribute to radiotelegraphists from Brazil and the world. Congratulations. py2ms Dary ”—-