What to expect from mobile telephony in Brazil in 2015?

As announced on Portal Brasil, a website of the Federal Government Official Press, investments by mobile operators in the sector should reach $ 30 billion in 2014, according to the Minister of Communications, Paulo Bernardo. The amount announced by the minister is well over the $ 19 billion that, according to the National Union of Telephony and Mobile and Personal Mobile Service Companies (Sinditelebrasil), were invested until September. According to the union itself, a more significant investment expansion is natural in the last months of the year.

Notwithstanding all the efforts made by the operators, the apparently sparse figure is insufficient to alleviate the serious problems of network slowdowns, incomplete connections, lack of coverage in densely populated regions, among others. Such problems will only be mitigated with investments and real actions, in infrastructure, professional qualification and commitment of the operators’ executives with goals of improvement of the service quality.

As a result, in all the states of the Federation, initiatives of Public Prosecutors (State or Federal), in order to oblige operators to minimally fulfill the 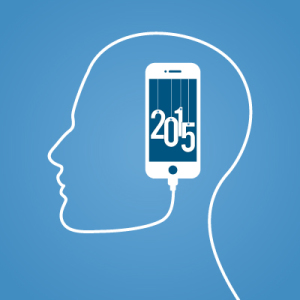 services contracted with the Brazilian society. The Federal Public Prosecution Service in Ceará, for example, filed a public civil action against the National Telecommunications Agency (Anatel) and the mobile phone companies Claro, Oi, TIM and Vivo to present, within 90 days, plans to improve the quality of service provided in the state. In the suit, the prosecutor of the Republic Nilce Cunha asks that the four operators immediately stop selling chips, new access and new plans for a minimum term of 180 days, under penalty of daily fine of $ 50,000.

The lawsuit, submitted to the Federal Court, is based on the report of the Parliamentary Commission of Inquiry (CPI) established in the Legislative Assembly to investigate the provision of mobile telephony services in the state. Among the shortcomings pointed out are the lack of investment from operators in relation to demand growth, lack of signal, drop in calls, slow internet, improper charges, difficulty in accessing mobile broadband, exorbitant prices and difficulties in canceling the link. with the providers. It should be noted that such an affront to the consumer of telecommunications services occurs from North to South of Brazil and is not of today.

The illustrious “Parquet” also required the details of the amounts invested and the measures to be adopted by operators to support the demand and overcome the deficiencies and failures in the service. It also calls for the establishment of an immediate start-up schedule and a maximum period of two years for completion of improvement measures. The attorney also suggests that Anatel analyze the plans presented, under penalty of daily fine of $ 50,000. The lawsuit also seeks to condemn the operating companies to indemnity for collective moral damages. In other words, Ceará operators were required to meet the main obligations under the concession contract with the Government.

Another unrealistic idea that is being sought by the media and marketing is that 4G will solve all problems. A homework to be done and it is solely up to mobile operators to tailor their networks to the amount of lines and services they market. Until this adjustment occurs, there will be no improvement in quality of service. Worse. In addition to bad service will be more expensive, as Anatel has tacitly accepted that operators reduce or block the speed once the data plan franchise has run out, forcing consumers to buy larger and more expensive packages.

Dane Avanzi is a lawyer, Commercial Director of the Avanzi Group and Vice President of Aerbras – Association of Radiocommunication Companies in Brazil.