The Internet Civil Framework, recently approved by the National Congress, imposes on the Internet user full responsibility for content published on the world wide web.

Federal law no. 12,965, dated April 23, 2014, among other things, requires providers to keep all users’ access records for six months for the purpose of quickly identifying crimes committed on the Internet. Cases of slander, defamation and blackmail, such as that of actress Carolina Dieckmann, can be solved and judged much faster thanks to these records. 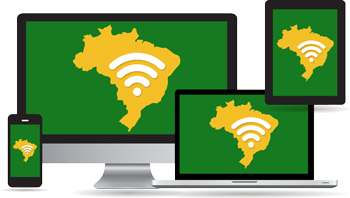 It turns out that the law has granted a period for access providers to prepare for data storage. And when is the unlawful conduct committed through a computer that uses IP from an official agency? According to media reports, the profiles of journalist Miriam Leitão and Ronaldo Sardenberg on the Wikipedia site have been changed using a computer from a public agency.

If so, how do you force a federal agency to hand over the records? As Hebe Camargo would say, will the Internet Civil Landmark “catch up”? If “take it”, will it be for everyone without distinction? I hope that the deadlines set by law regarding record storage will start working soon. If they were theoretically worth the episode of harassment of journalists that occurred last week, surely would have another outcome with the identification of the responsible.

Here is another challenge for cyber law. With relationships becoming increasingly common in all fields of life, the internet needs to be increasingly controlled and regulated. The challenge is great because the nature of the internet is to be a free territory without borders. In a sense, control and regulation are concepts that go against the nature of the world wide web, but have become mandatory nowadays, given the various legal, tax and commercial relationships that are made on the web.

Still within the framework of the Internet Civil Framework, there is another relevant issue to be regulated. How to control the actions of public servants regarding Big Data? In the recent past, it was found that, in the center of São Paulo, data on taxpayers’ income tax returns were sold in media files. With the computerization of the government in all its spheres – federal, state and municipal – the subject is of enormous importance, after all we live the information age.

It is no exaggeration to say that information is one of today’s greatest assets. In this context, how to ensure that the immense mass of information, now accumulated by public administrative entities, is used correctly, aiming at the good of the citizen? This is another challenge for cyber law, on which the Internet Civil Framework has not spoken. It turns out that some loopholes in the law can be filled through edits or additions.

Other actions can never be restrained because they are inherent in the nature of the human being, they must be guided by a sound ethical and political spirit, which values ??intangible values ??such as citizenship, democracy and others essential to the perpetuity of the democratic rule of law.

Dane Avanzi is a businessman in the telecommunications sector and vice president of Aerbras – Association of Radiocommunication Companies in Brazil.